Drawing from in-depth interviews with undergraduates at a predominantly non-Hispanic white and secular university in the U.S., I investigate how those self-identified as both Hispanic and Catholic negotiate the identity statuses that classify them as minorities on their campus. While participants in this study who did not identify as Hispanic also did not make connections between religious affiliation and racial/ethnic group membership, most Hispanic undergraduates did make these connections. I found that self-identified Hispanic students used the meanings they attach to Catholic religious affiliation to help them also make sense of their racialized Hispanic identities in the university space. Despite coming from diverse geographic, social class, and cultural backgrounds, these students move toward creating a shared definition of what it means to be a racialized Hispanic person (or Latinx person with Spanish-speaking ancestors) in this particular collegiate context. I conclude with suggestions for future research. 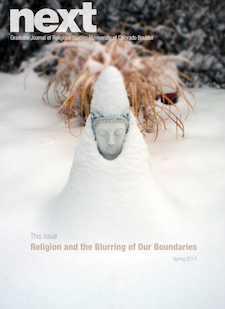